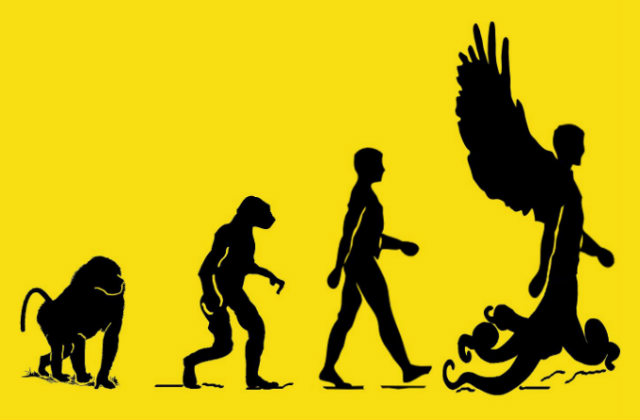 To put into perspective a complete chronology and evolution of life on our tiny planet Earth, I decided to summarize what I consider the most relevant information from the very distant past to our immediate future. The objective is to reach a better understanding about the long-term evolution of life and science.

Big History is a new discipline that allows us to analyze with a multidisciplinary focus the way events follow each other throughout time. Starting with a huge time scale from the faraway past to the present, we can see that there is an acceleration of the speed of changes, that should continue now thanks to exponential technologies.

So let’s start our journey with millions of years ago all the way to the formation of our own Species.

So we can see medicine and healing techniques have been established before the era of Christ. Their developments were pursued in ancient Greece, Mesopotamia, Egyptian empire and India, among others then major centers of civilisation.

Homo Sapiens curiosity and desire to live longer and healthier life has been documented throughout millennia.

The Black Death, also known as the Pestilence, the Great Plague or the Plague, or less commonly the Black Plague, was one of the most devastating pandemics in human history, resulting in the deaths of an estimated 75 to 200 million people in Eurasia, peaking in Europe from 1347 to 1351.

The Black Death is estimated to have killed 30% to 60% of Europe’s population. It took 200 years for the world population to recover to its previous level.

Not least the recovery is attributed to the improvement in medical standards, creation of vaccines, invention of microscope.

Benjamin Franklin was first to declare death is redundant and humanity should strive to preserve itself beyond current biological limit.

Clearly 2nd millennium accelerated and systematized the understanding of medicine and interest in human health and rejuvenation with big names like American Founding Father Benjamin Franklin jumping into the study of life.

But how does all this study move from the domain of theory and hypotheses into actual practical performance and saving lives?

In the table below I list first successful complex operations like Blood Transfusion and first use of Anesthesia as well as a stepping stone in the understanding of the evolution of life – Charles Darwin publishes The Origin of Species by Means of Natural Selection:

As we move into XX century scientist begin getting deeper into the cell level biology and the ways to replenish their strengths. Equally people delve deeper into the subtleties of nervous system, its functioning and the reasons for its degradation.

We can see first real Transhumanist discoveries such as artificial insemination, cloning, bionic parts of body as well as propagation of caloric restriction as a way to extend a healthy lifespan. The Immortality is also discovered, in cancer cells.

Last half of XX century sees a dramatic increase in precision of medicine and real impact on human lives preservation – as scientists discovered the ways to transplant organs to people who needed them, identified shortening of telomeres as a probable cause of ageing as well as identified umbilical cord as the place where we can locate stem cells and use them to create artificial organs if there is a need for any given person throughout life.

After a groundbreaking cloning of a living being and first human cryopreservation in Alcor 3rd Millennium really sees a boost of genetic research and the quest to tame nature and reverse human ageing and eventually Death.

Transhumanism and the study of ageing, death and gene editing with the end goal of avoiding senescence has peaked in the recent future.

Since 2020 it is worth noting some science-based predictions for the immediate future and how they will affect the development of life: