Transpire
Want to Contribute ?
Submit your Article
Home Transhumanism Op-Ed We All Live In A Simulated Universe 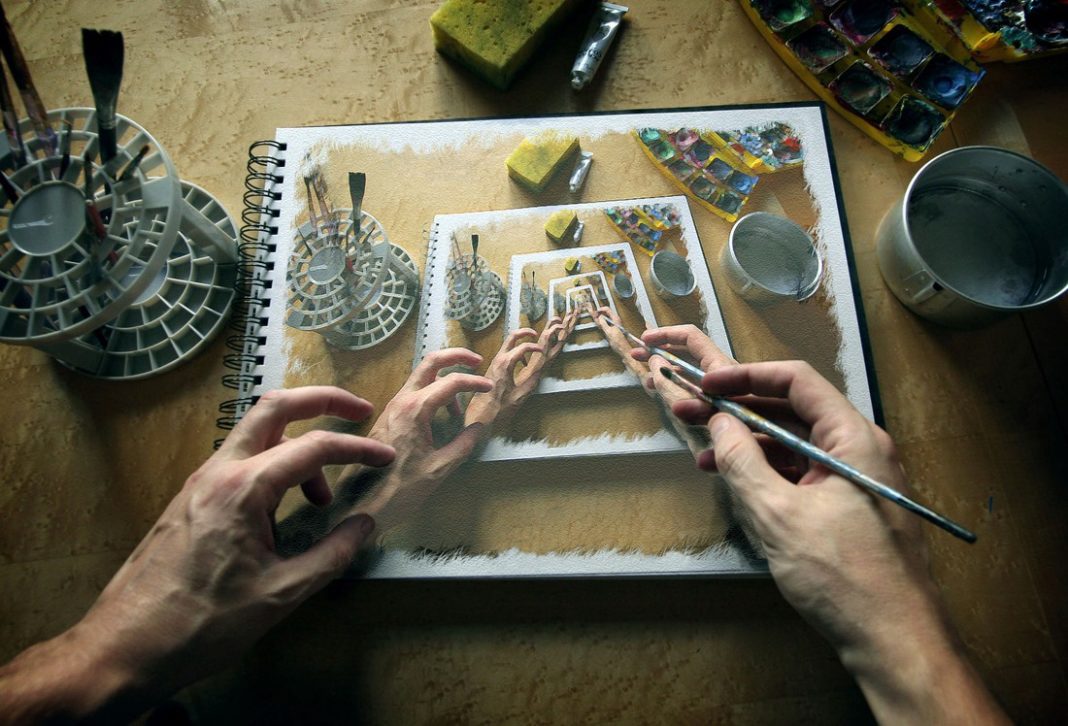 The human mind relates to what is familiar and fears change. Human became comfortable with familiar, while scientific discoveries & innovations that change the way people view themselves became a reason for potential psychological trauma and rebellion.

It seems that humankind did not go beyond the Middle Ages much. When Copernicus (1473-1543) claimed the Earth is not the center of the universe but rotates around the Sun like all planets, Church rejected that idea and forced him to publicly deny it.

Now, as we are in the beginnings of the new decade, some scholars have put forward several hypotheses that are still treated as pure imagination (Just like what happened in Copernicus times). Some of those attempt to explain our existence and the universe in which we live.

We Are Simulated Objects As Video Game Characters

One of those fictional hypotheses that their owners claim will solve many scientific problems, but flips the world we have upside down, is that we are simulated objects, designed by superior intelligence or civilization from another planet, just like the characters we move in video games.

And what we see, hear and smell is nothing but a delusion similar to Matrix, and it means, according to this theory, a fictitious world made by smart robots to exploit humans to extract energy.

A scientific report published by the BBC indicates that many technology experts, astronomers and physics believe the simulation hypothesis, and they believe that we are robots that live inside a huge computer similar to “Matrix”, and we mistakenly believe that it is real.

Have you thought about the extraordinary progress of computers and information technology during the past decades? Think of Moore’s Law. The computer has given us super realistic games, independent characters that respond to our own choices, and live adventures in virtual reality that have their own powerful and persuasive stimuli. Did you consider that? Perhaps you will develop a mental disorder if you contemplate too much.

In June 2016, tech entrepreneur Elon Musk confirmed that the odds of us not being in a real world were estimated to be “one billion to one”, and Ray Kurzweil, a teacher of robot intelligence at Google, pointed out that “the whole universe may be a scientific experiment.” For middle school students in another dimension.

We Are In A Laboratory Experiment

Alan Guth of the Massachusetts Institute of Technology holds that the entire universe might not be real and represents a kind of laboratory experiment. The idea that the universe was created by super-intelligent beings is traced back to the biologists who established colonies of microorganisms.

In an advanced post-human civilization, humans will hold power

“In principle, it is not possible to exclude the possibility of manufacturing the universe in the big industrial explosion full of real matter and energy,” he explains.

One of the hypotheses indicates that the way the world is made creates its own cosmic bubble, separate from the one that emerged from it, then that bubble loses its connection to the mother universe.

According to the BBC’s scientific correspondent, Philip Ball, this scenario does not change anything in our everyday lives as it would still mean we are live being made of water, carbon etc. However, the fact that man himself is an “artificial” being will change a lot on the metaphysical and religious level.

This comprehension will give us a different meaning to our lives than religious and scientific interpretations, and give us greater enthusiasm and acceptance to make robots and manipulate our genes and neurons, in fact, making Transhumanism a logical continuation to our own scientific experiment called Life.

The Simulation Changes The Rules of The Game

If we stop believing that there is something supernatural, such as the gods, for example, that gives a person his consciousness, which many other beings don’t have, and if we consider this consciousness arises only from a very complex structure in the composition of the human brain, we will be able to simulate this structure, and “soon there will be no technical obstacle on our way to make robots that have their own consciousness,” according to scientist at NASA’s Jet Propulsion Laboratory, Rich Terrell.

According to Rich Terrell, in 10 years from now, we will have more complex video games that will have simulated conscious entities.

“Quite frankly, if we are not living in a simulation it is an unlikely and unpredictable circumstance,” said Terrell, meaning that we cannot make robots in simulation if we were not originally living that way. But if we were simulators, who made that simulation?

Terrell finds that we, humans, will do so in the future. If we, in the future, also invent discover the ability to travel in time, – voila – here is the simulation that we have created in some time in the future.

Our belief in simulation will completely change the rules of the game, according to Tyrrell. Just as Copernicus changed the rules of the game when he discovered Earth was not the center of the universe thus finding logic and patterns in how all cosmic bodies are moving.

Before Copernicus, scientists were trying to explain the strange behavior of planetary motion through complex mathematical models, but “when they used Copernicus hypothesis, suddenly all pieces got together and created a perfect puzzle”.

According to Rich Terrell, the idea that we are simulated entities is a much simpler explanation for our existence than the evolution hypothesis stating we are coming from primitive mix of molecules, lizards, monkeys, and gradually an intelligence and a self-awareness.

Perhaps the solution is that we need a conscious entity, such as the consciousness of the player who plays video games

The simulation hypothesis has “beautiful and profound implications”. First it provides a scientific basis for other life, beyond life, or a greater field of reality that transcends our world. We do not need a miracle, faith, or anything special to believe in. It is a natural idea originated from the laws of physics.

Secondly, if we believe that we are simulations, we will soon have the same ability to create our own simulations: “We will have the power of reason and matter, and we will be able to create what we want and occupy the worlds.”

The idea of ​​simulation finds support from space scientists as well, albeit in another way, as they finally have the ability to send robots into space to discover it. Is it not possible in a world that is 13.8 billion years old to have an intelligent being much older than us, and a space engineer who sent us to Earth?

That idea dates back to the “von Neumann” probe, named after the mathematician John von Neumann, who came up with an idea of self-replicating robots, “who give birth to themselves as living beings” and transcribe themselves.

Von Neumann did not apply the idea to the spacecraft, but this has been done by George Dyson, a writer on the evolution of the future of technology. A report published by the Universe Today website indicates that there are countless raw materials for spacecraft capable of self-identification, but he did not provide any details about them.

The Milky Way has a diameter of 120,000 light-years, and includes 400 billion stars. Self-like robot factories can travel at 10% of the speed of light to colonize the galaxy in 10 million years. Astronomers ask this question: Is there not a single space engineer who was able to do this during about 14 billion years is the age of the universe?

In a paper written in 1980, Frank Tipler concluded that “intelligent extraterrestrial beings do not exist”, and his argument was that if aliens invented humans to experience life on Earth before they left, they would be concerned with the Environmental collapse, and would restrict the use of technology that destroys the environment, so that they could have ultimately achieved their goal: move to live on this planet when life is impossible on theirs.

This fantasy was developed for the first time by science fiction writer Fred Saberhagen, when he imagined that aliens sent a robotic spacecraft to a star system to discover life and confirm the possibilities of colonizing the galaxy, and programming it so that if it finds a potential competitor on a viable planet, that is, other intelligent beings, will direct a group of asteroids to transform them into meteorites where that planet will rain, then the aliens will travel to live in it.

Although these hypotheses regarding the possibilities of the world we live in have not turned into widely accepted scientific theories, such as quantum and relativity, the question remains:

Is this our mind that creates an obstacle to accepting such the possibility of Truth?

And in the case that these hypotheses are able to solve intractable scientific problems, will we witness in this era of history another episode of conflict between societies ruled by religion and traditional scientific theories on the one hand, and those who advocate currently outrageous but very revealing hypotheses from scientists and their supporters?