Transpire
Want to Contribute ?
Submit your Article
Home Ideology The End of Intolerance Comes with the End of Death 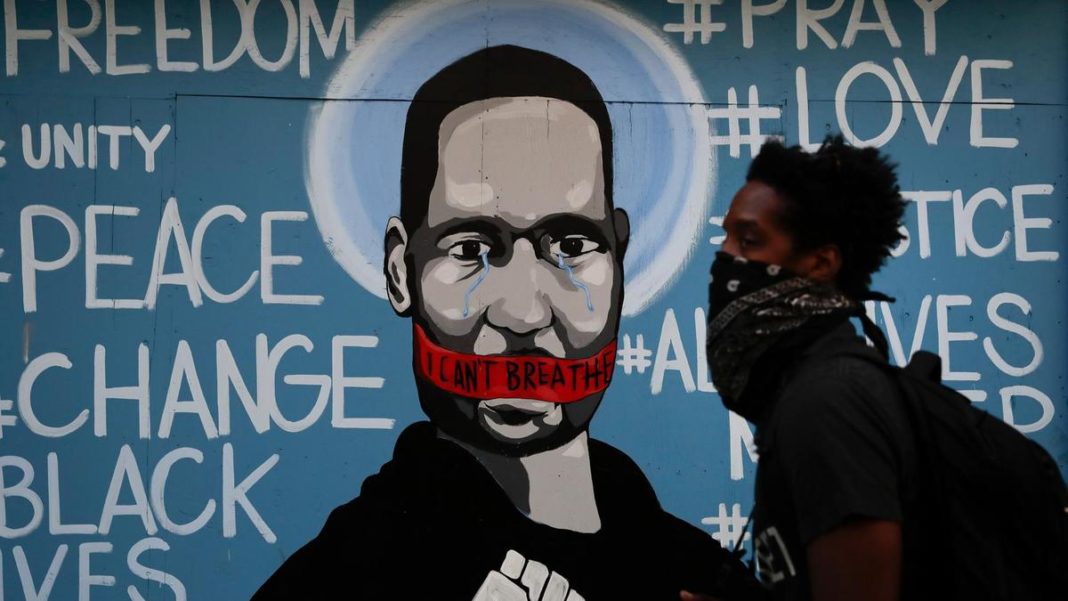 Bigotry features in every culture, it seems, so that it appears to be an essential element of culture itself; you elevate yourself by downing someone else. Still, as an American, I have a particularly heinous strain of bigotry to reckon with, that of whites towards their own black co-citizenry.

American racism is uniquely vile in its origins from the African slave-trade, in its evolution through segregation and economic oppression, and in its persistence into the 21st century, through the institutionalized malice of the criminal justice system and the chilling bias of other systems including healthcare.

It also seems uniquely irrational. Ulysses S. Grant, Commanding General of the Union Army in the Civil War, pointed out in his autobiography, that the vast majority of young men who fought and died for the Confederacy had nothing to gain materially from maintaining slavery as only the rich owned slaves. Yet hundreds of thousands gave their life to defend that evil.

Today, blacks in the US have more than proven the fallacy of white supremacy through their own excellence, despite the obstacles and prejudices they faced. Just think of such representation of the black community as John Coltrane’s jazz, Toni Morrison’s prose, Barack Obama’s rhetorical skills, Michael Jordan’s competitiveness, Aretha Franklin’s soul, Colin Powell’s leadership, and so on. American culture would be barren without them, yet the myth of black inferiority persists.

Genomic analysis shows that all racism is fundamentally irrational, that in fact, biologically, there is no such thing as race. The landmark Stanford University study, Genetic Structure of Human Populations, found no evidence of any kind of distinct, unifying genetic identities generally referred to as “race.” In fact, they found so much genetic variation within so-called races that two people of European descent could be more genetically comparable to someone of Asian descent than to each other.

What is the source of such groundless malice and what is to be done about it? Some blame “whiteness” itself, as if there is something particularly hateful in people who look like they come from European ancestry. History and present, however, shows that racism and discrimination is in no way restricted to white people. In China, it is the Chinese majority oppressing the Uyghurs. In India, the Hindu majority is embracing increasingly anti-Muslim attitudes. In Muslim countries, Shiites suffer where Sunnis rule and vice versa.

In fact, there is little reason for confidence that if blacks were the majority in the US or if they had started the industrial revolution in Africa, that they would operate free of bigotry themselves. As a basketball playing Jew on the playgrounds of Washington DC, I experienced prejudice from black kids firsthand. For that matter, Jews just a couple generations removed from the Holocaust are embracing increasingly intolerant rhetoric towards Arabs in Israel.

The deeper you look into any society it seems the more granular the bigotry becomes. Growing up in the US, I was accustomed to the generalized anti-Jewish slurs having to do with being cheap and sly with money in some vaguely unclean way. But when I lived in Tel Aviv, I discovered a whole new strata of smears held by Jews towards other Jews. The Georgians Jews were all hairy pimps, the Germans snotty perfectionists, the Persians cheap, the Yemenites stoners, the Moroccans uptight, and the Polish Jewish women the nastiest in the world.

Mortality and the Mirror of Hate

What can be done about such deep-rooted tendencies toward division and loathing?  Liberals say the answer is in reforming systems. Conservatives say it falls upon individual accountability. The current rallying cries for more education and more dialogue are positive, but they hardly respond to the primal forces at play. People seem to have a near elemental need to separate and hate. So what is driving that need?

The answer lies in the bitter truth of our own disposability. We have had to accept the unacceptable, – our own oblivion, – and the inevitable loss of every single person we love. On some mental level we’ve managed to charm ourselves into coping through imaginary afterlives of one form or another, but on some very fleshly level we’ve been forced to swallow the reality of our own physical irrelevance. We’ve been forced to accept that we are throwaway and no amount of money, lover or success can change this.

If we ourselves are disposable, it’s really not all that hard to treat others as garbage. In fact, to many it comes quite naturally.

In fact, our mortality is so bad that we seek to scapegoat others with the degradation of our own disposability. This was once done quite transparently through human sacrifice, practiced around the globe, in which a person was selected to be murdered to cleanse the sins of others. The same theme underlies Christian mythology albeit through a murkier morality of blame and betrayal.

Later, when human sacrifice became taboo, this scapegoating was done under the guise of justice. During pogroms, Jews were slaughtered for their supposed misdeeds to society, and lynching of American blacks was always a punishment for some alleged offence. The Nazi death camps can be seen as the industrialization of this scapegoating on a continental scale.

Now, as a society, our scapegoating has become more sophisticated. We make minority groups the target of our loathing in order to feel some relief from the curse of our own mortality. We put them down to feel less degraded ourselves, if only by comparison.

This type of scapegoating was clearly evident in the notorious case of the Central Park Five, in which five black and Latino teenagers were wrongfully convicted of raping a white woman jogger in 1990. After they had spent between six to 13 years in prison, a serial rapist confessed to the crime, which was confirmed by DNA evidence. Now the subject of the Netflix series When They See Us, the entire prosecution was riddled with wrongdoing, including coerced confessions, by a system determined to sacrifice these boys despite the flimsiness of the case.

Racism offers a symbolic form of relief from the devaluation of mortality through the heightened devaluing of the other. In this sense, the more one can diminish someone separate from you, the less one’s own deprivation is immediately evident. As long as they are facing certain death, nobody is rich enough or powerful enough to be above the need to put someone else down. In the end, everyone is reduced to nothing by death, but along the way, some can feel superior if they can identify another to humiliate.

The scapegoating of the degradation of mortality onto another is all too apparent in the case of George Floyd. In the obscene tableau of dominance in Minneapolis, captured on video by an onlooker, the police officer Derek Chauvin kneels on the neck of George Floyd until he dies, putting himself literally above death, for that moment, at the expense of Floyd’s life.

The Obsolescence of Racism

It’s certainly true that many people in many cultures, despite their mortality, realise there is no justification for putting other people below themselves based on some arbitrary criteria. Yet no society is immune, especially when survival pressures are heightened, just as no society yet has been immunized from death. This is why education alone will never fundamentally alter the essence of bigotry and contempt. We will just draw new lines of separation and degradation.

What we need is to stop dying, to stop having to internalize our own insignificance, to stop having to make do with fairytales about freedom rather than the real thing – freedom from death. This will spur on what might be termed a religious experience about the value of human life, which mortality simply doesn’t support. When we are no longer disposable, we become, all of us, invaluable.

Immortality renders racism obsolete because there will be no more self-rejection to medicate through the rejection of others. Far more than tolerance, we will be able to feel the absolute preciousness of the human body, our own and others, so acutely, so nakedly, that we couldn’t possibly abuse another, because the bruise to our own person would be so blatantly painful.

When black slaves bound to the whipping post were being beaten mercilessly, they and their loved ones did something called “flying away”, where they would fly away in their minds to some better place where they weren’t subject to the evils of the reality in which they lived.

In a sense, mortality has made us all fly away from the physicality of feeling. This necessary numbness to suffering, our own as well as others’, is also what makes hate and violence of all kinds possible. And it’s why the so-called good people too often stand by and do nothing.

Now, as we increasingly have the means to extend human life, and thereby to increase the value of human life, it’s time for us to land back in our bodies, and become the feeling, connected humans we were meant to be in a deathless society where bigotry has no purpose or relevance. If this seems too forward looking, too aspirational, then simply conduct a thought experiment on behalf of your society. Think of yourself and every person you know and every person you don’t know as immortal now to help raise the value of human life above the abuse of bigotry. This is the new world we should be working towards.

Our Mortality Is Killing This Planet