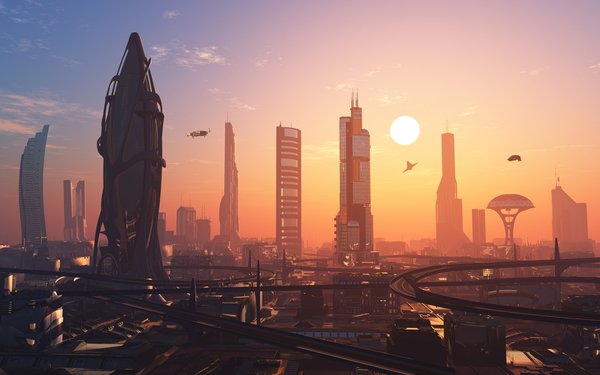 2010s might as well be called “The Crazy Years” after a term coined by Robert Heinlein – a period of turbulent, conflicted times when, while glimmers of hope appeared on multiple fronts of technological advancement, society and culture have clearly declined due to the rise of incivility, tribalism, authoritarianism, identity politics, and mass breakdowns of sanity.

It is no secret that most Transhumanists and myself had hoped for humankind to have been farther along the path of advancement by now than it has actually come.

The great conflict of our decade – between the marvels that have been built by the creative and rational minds and the biases, fallacies, vulnerabilities, and atrocities spawned by its darkest evolved recesses – conflict between the Apollonian heights and the Dionysian depths of human nature – will carry on into the 2020s and perhaps beyond.

This conflict is not an idle juxtaposition, but a defined battle that will have winners and losers. To win this conflict humanity has to come together to bring faster innovation, greater rationality, higher standards of civility and morality, as well as a long-term outlook that seeks to cultivate the best in human beings.

As the winds of fortune shift, some of us individually will rise, and others will fall. The circumstances surrounding our lives will change. However, this is not to say our essence will change. If anything, it must change for the better, as we rise from the ashes of the past and defy adversity.

It is still beyond our power to live a decade over again, but we can harness the best of its aftermath, learn from the past and turn the coming decade into a superior and more rational one.

Some of us will create resolutions as individuals, and then pursue plans of varying degrees of specificity and likelihood of success.

But perhaps it is best to consider the resolutions we would wish to have for humankind as a whole.

Therefore, I would like to propose the following ten resolutions for humankind during the decade of the 2020s, which will make humanity stronger, more prosperous and generous to the surrounding environment:

Of course, there are many worthwhile objectives not encompassed above, and it is my hope that efforts to reach those goals will also advance in parallel.

The overarching aim, however, is to restore humanity’s much-needed confidence in progress and improvement of universal standards of living.

Which Resolutions would you add to Humanity’s 2020s list?

Transhumanist Past, Reality and Future

How Do You Preserve the Planet While Advancing Technology?