Transpire
Want to Contribute ?
Submit your Article
Home Ideology Is Universe Made For Us? 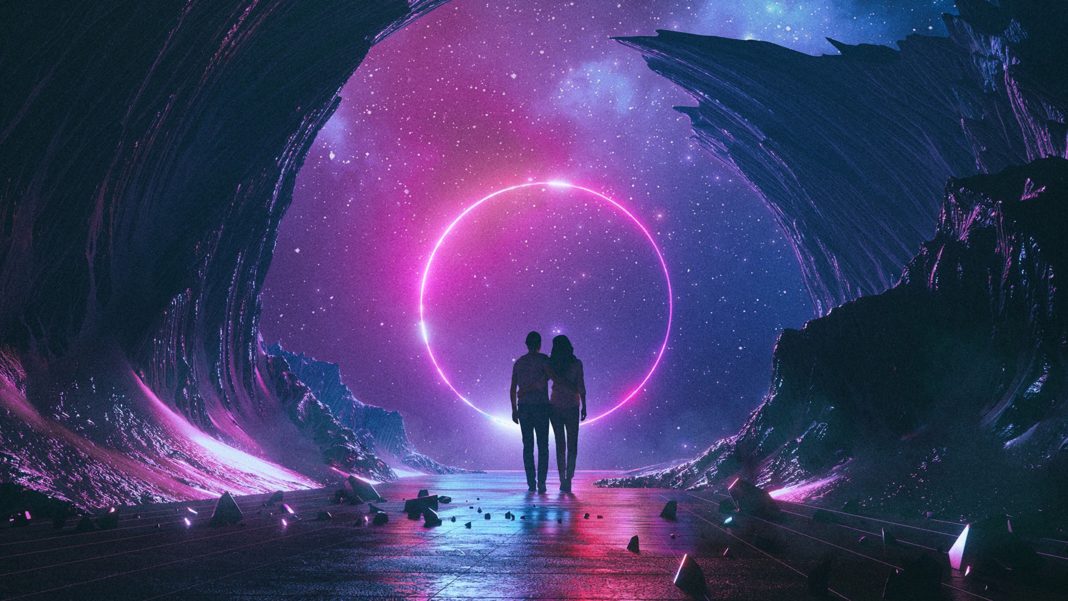 In his book The Salmon of Doubt, Douglas Adams talks about a small lake that one day wakes up and says: “What a special world I find myself in. It suits me perfectly, as if it was specially made for me.”

This outlook, which seems funny at first glance, is exactly how most of humanity seem to view the world around them. Humanity, just as the lake, woke up to find the perfect world, perfectly suitable for its existence as a biological form. And since we were also bestowed with consciousness and self-reflection, upon finding ourselves in a perfectly suitable environment, we appeared to have made an inference from this correlation: Since this world is perfect for me it must be dedicated for me.

The Anthropic Principle asks the questions of universe creation and seeks an explanation for them. The principle assumes that the universe as it is has been made inevitable, meaning that its equations and natural laws were specifically created for the emergence of intelligent life.

Its meaning is easy to understand, but difficult to classify: it lays in domains of science, philosophy, religion, and the combination of above.

The Anthropic Principle declares that some physical phenomena, such as the “gravitational constant”, “electric charge of a proton”, the “mass of electrons and neutrons” are inevitable and carefully designed matters, and any alternative expression of those would render the entire human existence Impossible. What it goes on concluding is this actually means that all of these phenomena have been completely adjusted to suit humans and their lives.

What is the catch? Well, if we had not managed to evolve to the extent of comprehension and analysis of this possibility, we would have never noticed how good the universe is fit for the existence of life.

Thus, the universe might actually have absolutely no connection to the Anthropic principle, and the emergence of Homo Sapiens could be explained as a pure luck of an unexpected side effect.

If we had no awareness, we would not have been able to understand the suitability of the world in which we live and its relevance to our lives

Our Privileged Position in the Universe

The Australian physicist, Brandon Carter, was the first to coin the term “anthropic principle” at a conference held in Krakow, Poland in 1973, to celebrate the 500th anniversary of the birth of Copernicus, Polish astronomer who developed Copernican Heliocentrism theory.

According to Carter, “Our position in the universe is highly distinctive, to the degree that corresponds to our existence as observers”, that is, if the universe had not been organized in a way that allows us to exist, and subsequently observing this very universe, we would not be present at all to dazzle its compatibility with our existence.

It is a reverse inference. If we had no awareness, we would not have been able to realize that Universe is perfectly suited for us.

Talking about other scientists who dabbled with the Principle, it is interesting to note that in his famous “Brief History of Time” Stephen Hawking claims that if the energy expanding the universe post Big Bang was less than a hundred thousand million parts, the universe would have collapsed on itself before it reached its current size. To rephrase into something more understandable, there could have been an indefinite amount of probabilities, only one of which could have led to the creation of conscious life on this very Planet at this very moment of time.

In 1961, the American physicist Robert Dickey presented another argument in favour of Anthropic Principle, when he pointed out that the universe is now about 14.5 billion years old, which appears to be an absolutely optimal age for the formation of intelligent life.

If the universe were younger, i.e. if the Big Bang occurred sooner, there would not be enough time for nuclear fusion to generate heavier elements than hydrogen and helium, and this means that there would have been no carbon, oxygen, nitrogen and iron, and thus there would not have formed any medium-sized rocky planets, including Earth.

If the age of the universe were greater, on the other hand, most of the stars would have become white and red dwarfs, all their fuel would have been exhausted, and their glow would have disappeared, depriving any planet of a potential source of light and energy. And the basic reactions that combine mass, energy, gravity, electromagnetic repulsion and nuclear forces appear to be perfectly balanced with the process of producing matter, and life.

Of course, not all scientists agree with the assumption that the basic conditions that support the existence of life are carefully balanced and absolutely optimal. Fred Adams, an astrophysicist at the University of Michigan, argues that the features of the universe we live in could equally be completely different. Nevertheless, it might be still suitable for the formation of stars, Planets and life.

Religious Hypothesis of “The Creator”

It should be noted that the epitome of “Anthropic principle” can be found in the formation of monotheistic religions, representing an all-powerful entity (aka God) who has created the world specifically for humans, as is illustrated in Genesis Creation Narrative.

Could It Be Any Other Way?

The Anthropic Principle aroused the interest of many prominent scientists, including Einstein, as he wondered whether there was an option other than the current form of the universe, and whether the multiple properties of the physical universe, such as the speed of light and the charge of the electron and proton, are constant and irreversible or are there can be alternatives.

We cannot know if this is the only way the universe can work, because we have not known any others

We have to give credit to religious proponents, – it looks suspiciously strange to think we are the result of a completely random process. Just think about it – we find ourselves occupying the third planet away from the sun, the only one in observable Universe containing the right amount of oxygen, water and optimal temperatures, among other life beneficial conditions.

Likewise,we can look at possibilities before and after any event, say a golf ball getting into a hole. It takes a miracle to know where the ball will finally settle down, but the result, whatever it is, does not seem a miracle to us, because the golf course is suitable for the movement of the ball.

Just as the ball in the game of golf, we find ourselves in the place most suitable to our existence. After all, if we were formed elsewhere, most likely, we wouldn’t advance enough to be surprised.

Physics offer other explanations, including the “multiple universes” hypothesis, which is a little difficult to understand, as it is reviewing the possibilities before and after the event. As astrophysicist Martin Reyes claims “the universe and the clothing store have something in common, as when you enter a large store with a wide variety of clothes you are not be surprised to find a robe that suits you perfectly despite the fact it has not been tailor made. Likewise, being in a universe that suits us perfectly among many other universes should not surprise us.

The universe is never perfect, but like the human body, it is adequate enough to guarantee our existence

Shanks suggests that the Multiverse Hypothesis did the same to Anthropic Principle, as Copernicus Hypothesis did to the Copernican heliocentrism Theory of the Earth being the fixed center of the universe. After Copernicus, Kepler, Galileo and others, we have come to realize that Earth is just one planet among many other planets, in one galaxy among millions of other galaxies, where life can actually exist.

“Quantum Mechanics” proposes another exciting interpretation of “Anthropic Principle”, even more fascinating than the “multiple universes” one.

According to Quantum Mechanics Galaxies follow the path of Darwinian selection of living creatures, with those offering better life prospects being more likely to repeat themselves.

All these possibilities and explanations are just a handful of what “Anthropic Principle” raises.

Even if we do not choose a particular answer to this dilemma, the mere existence of this principle and the multitude of possible explanations has somehow succeeded expanding our sense of Being.