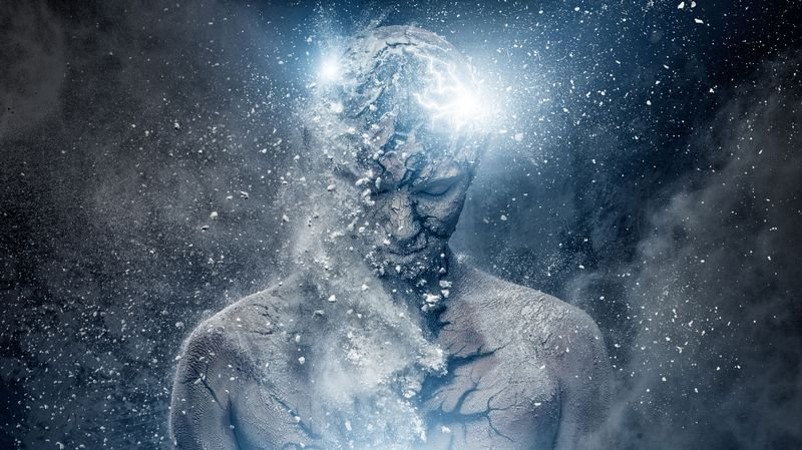 What does your body do? What significance does it bear — personally, culturally, politically, or otherwise? What does Body 2.0 look like in the fourth industrial revolution?

This set of questions has driven me to become a dance producer working with new technologies since 2013, exploring these issues through artistic work.

Today, the convergence of human body and technology continue to be relevant, if not quietly at the next level. Here are some quick snapshots of the interesting areas that I observe in this intersection:

Physical presence is a wicked problem to solve in Virtual Reality applications. Whilst we talk about how amazing that immersion is in VR, in reality, it at most immerses 3 out of 9–33 bodily senses (definition-dependent) that we have.

How does our brain perceive and process information from the digital reality this way? This article suggests that study of Puppetry is a good starting point on the liminal embodiment of avatars in VR. Then, the interesting aspect is how communities form and behave in the virtual world through liminal embodiment. University of British Columbia conducted on a yawning experiment in VR, which drew some conclusions on how we instinctively respond in VR (or how our brain perceives the notion of “reality”).

The UK Government poured in £33 million to the Audience of the Future programme to support R&D and content creation in immersive (AR/VR) content, so there shouldn’t be a shortage of immersive experiences coming soon.

Cyborgs and biohackers have been experimenting with the merging of human body and technologies, with the goal of enhancing the former. We are entering the Posthuman realm.

The world’s first Cyborg is Professor Kevin Warwick from Reading University who researches the direct interfaces between computer systems and the human nervous system. Artist Stelarc is one of the pioneers of experimenting the human body-technology interfaces since the 1970s.

Here is an interview with artist Neil Harbinson and choreographer Moon Ribas that gives you a bit of a sense (!) of a cyborg’s senses. Harbinson is the world’s first legally recognised cyborg; Ribas has an earthquake sensor in her left arm.

Graafstra defines biohackers as “DIY cyborgs who are upgrading their bodies with hardware without waiting for corporate development cycles or authorities to say it’s OK”. — The Real Cyborgs

These sorts of bodily enhancements have usages in the medical field, from implants to Neural Dust to brain-computer interfaces (with some recently funded by USA’s DARPA). But of course, anyone who wears contact lenses or has prosthetics arguably is also doing the same thing — using something external that we invented to enhance our bodily functions. The difference is data flow, which brings us to the next topic…

Implant Parties — have you heard of them? It is no longer for aforementioned biohackers on the fringe, when some Swedes could buy train tickets using chips, or when one took place at 4YFN (4 Years From Now, the side event for startup tech of Mobile World Congress) earlier in 2019, where the Spanish bank Banco Sabadell used this to demonstrate how its implant could enable a bank transfer by a person simply waving his hand over a chip reader. Here is a rather detailed writeup of the implant event.

On the other hand, technology also help us detect things that our body do that we don’t know. Anecdotally, an Oura ring that tracks sleep could detect that one’s immune system is going downhill 2 days before the person actually gets ill. Many women use period-tracking apps because that’s the stuff you should do as a woman and helps research, and of course this comes at a cost of being ad-targeted.

Also, authentication. I remember in 2006, my Toshiba laptop came with a fingerprint sensor for unlocks the device with the sweep of my finger — it was such a thing then, but now it is everywhere that we barely realise. Then there are stories of the use of facial and gait recognitions for policing needs, or your DNA analysis (which I found interesting that this same topic was covered by Science VS, BBC The Inquiry and Freakonomics in the space of 8 months) and what the companies are doing with the data (will your insurance company know?).

Who would have guessed that there is so much within our body, all is now being extracted by technology as data to be transferred all over the world to many different entities? Before we could all become Homo Deus, the next big step would perhaps be a body data dashboard, and the internet of bodies, stay tuned.

4. A World Without Screens

We seem to have forgotten that a world without screens is not that far away. Our body movement culture has changed, despite gradually, thanks to a world inundated with screens. I observe this, amongst others, from touring a dance/VR production WHIST. From an ethnographic point of view, burying the body is a loss, because what the body does, contains a lot of information that verbal language cannot capture.

In an article entitled “Interact, or die trying”, ThoughtWorks articulated how businesses should rise to the challenge of interactivity augmented by technology that is beyond screens, mentioning the rise of voice and other types of interactions that are “approaching the naturalness we expect from human interactions”.

This is a rather interesting space for those who develop technologies beyond screens — smart cities, smart fabrics (Jacquard by Google), IoT, Mixed Reality, etc. What should the human-computer interface look like?

“Amazon is developing a voice-activated wearable which can detect emotions. Amazon says that ‘eventually the technology could be able to advise the wearer how to interact more effectively with others.’ — Bloomberg, 23 May 2019

And I end with my favorite image of all, which I remind myself everyday that when I could finally crown myself to become a technologist, this is what I should always question and break out off at all cost: